There are 2 guys at a bar, completely sloshed. They get in a little argument and decide to settle it like men..by seeing who can throw their empty mug the highest outside the bar. The 1st guy tosses his up in the air and it doesn't go very far. The 2nd guy hurls his and it never comes back down...

So there's a guy in a tie and a lady with a smelly dog on a plane. The lady says, 'Hey! I hate your tie!' The guy says, 'Well I think your dog smells like poo!' So he grabs the dog and throws it out the little window of the plane. Then something hits the plane's wing.

Lolah
Level 7
233 Posts
*acts like I understand everything* ...yeah, I agree, I real dumb joke.

Originally posted by Madi...May i ask, why'd you post that in funny?

Because his forum's title got the word "Jokes" xD 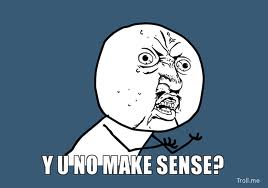 Raven
Level 9
384 Posts
The first comment. I forgot to quote.

Adryan FoxSong
Level 6
148 Posts
It's okay. Not the funniest joke I've ever heard. I like it, though. I would like to propose a question:
What goes up but never goes down?

Paramore
Level 31
764 Posts
I've seen this one before so I'll say age although the answers can vary.

Lil_Cheetah
Level 7
187 Posts
Why do people in the Internet just talk in academic language do you know how boring it is?!

Originally posted by DaincegalWhy do people in the Internet just talk in academic language do you know how boring it is?!

Adryan FoxSong
Level 6
148 Posts
Thank you, Generic Name, for confusing every idiot on this forum.