Originally posted by Adryan FoxSongThere's a sequel!?! I did not know that! It's probably going to be amazing.

Because you always have things to do, I'm currently on my school holiday and about to go into my last year. I have an ungodly amount of exams, tests and GCSE's coming up. You can't afford to be bored because there's always something you need to do.
school is kinda boring dont you think???

Dan
Level 27
1,984 Posts
Trust me, once you get far enough into school, you can't afford to be bored
What are Ratchets?

Originally posted by danicegalTHAT CHARELS HE IS FROM BRITAIN AND HE TALK LIKE IT!

Americans that say British like it's a sole place annoy me.
British doesn't cut it
That means he could be English, Scottish, Welsh or Northern Irish
Linkin Park or One Direction.

Originally posted by hiba14maybe there should be a competetion between Avenged Sevenfold and Linkin Park..

I don't like any of those either...
Linkin Park or One Direction.

Originally posted by DomThese rules apply to the general chat room. Create your own chat or use private chat if you wish to break these rules:


First ban is 12 hours, 2nd ban is 24 hours, 3rd ban is permanent.
If you are permanently banned from chat and create a new account and are banned again, this will result in an IP ban from the forums and chat.

As the website grows and more people are reading the chat/forums, the more "family friendly" it needs to be.

Just a question what does it mean when you ban an IP?

Stops people signing up on this site from a certain computer
GIRLS! WHO IS BETTER BIG TIME RUSH OT ONE DIRECTION?

Originally posted by danicegalWow yall got no taste
:|


Coming from a One Direction fan I take that with a pinch of salt.
What are Ratchets?

Well if I'm being honest, neither have any form of musical talent...
What are Ratchets?

Dan
Level 27
1,984 Posts
Possibly unkind, unclassy and not as nice of a person
What are Ratchets?

Dan
Level 27
1,984 Posts
Is it a female from the ghetto that isn't quite of high standard as a fellow female?
What are Ratchets?

Dan
Level 27
1,984 Posts
One half of a hit Playstation exclusive series of games?
GIRLS! WHO IS BETTER BIG TIME RUSH OT ONE DIRECTION?

If the world is a vampire how come garlic is about?

Sent to drain... Secret destroyers.... Hold you up to the flames. What do I get? For all my pain?

GIRLS! WHO IS BETTER BIG TIME RUSH OT ONE DIRECTION?

If the world is a vampire how come garlic is about?
GIRLS! WHO IS BETTER BIG TIME RUSH OT ONE DIRECTION?

Dan
Level 27
1,984 Posts
Deadpool is absolutely hilarious. Pretty badass too. Needs his own decent film
What's your favorite game so far this year? Any platform

Dan
Level 27
1,984 Posts
PC
If I were to actually remotely think about getting any new gaming console, it would be the 3DS
Brazilians' protests

Dan
Level 27
1,984 Posts
I've never read anything about it, anyone want to give me a brief overview of it?
Big Boobs or Butt? Dan
Level 27
1,984 Posts
Here's my opinion on a few names in this forum and just superheroes in general

Superman - Never really been a huge fan of him, until I went and seen Man of Steel, great film, casting was excellent. Nolan and Synder work well together.

Spiderman- Again, never really been a fan, comics were okay I guess, shows weren't that good, never seen the films

Green Lantern- Never liked him, both the comics and the film weren't great.

Iron Man- Loved the comics, show was pretty darn good, however the films weren't that great, the casting of Robery Downey Jr may have been excellent, but the rest of the film was very lackluster, the casting wasn't great, stories were very cliche. Suits were pretty nice though

Batman- My favorite, always has been, always will. Comics, shows, games and movies were brilliant (excluding Batman and Robin). From Adam West to Christian Bale, most of the performances have been excellent
Mod Vote

Originally posted by Nat..I wonder who is that in that picture..

Thanks for all the votes guiz
Mod Vote

Dan
Level 27
1,984 Posts
So did anyone watch any coverage of E3? Anything you're looking forward to? Who did best?
Personally, I believe the Sony conference was the best, since the PS4 looks the best of the next gen consoles. As far as games go, only three have gripped my attention. Arkham Origins- I don't really like the new Batman and Joker voices, but Troy seems to have a good Joker laugh.
Super Smash Bros 4- Very nice, extremely clever to add MegaMan, that could be a turning point for both franchises. Not sure about the addition of the Wii Fit trainer though.
And finally, Star Wars Battlefront- I've been hoping for a sequel for 8 years, I played the second game years ago and I'm so happy they're making another. I just hope EA don't mess it up, and make it generic EA with too many unlockables, DLCs and in-games purchases. Just get Battlefront 2 and give it more oomph is all that's needed.
I'll most likely not get any next gen consoles, will most likely buy a gaming PC
Gb's Drawings

Dan
Level 27
1,984 Posts
You'll have to excuse me, this was a quick drawing of mine
How many people are straight?? Originally posted by ShadowB3ast:|akatsuki|:i have a suggestion you should have a old and a new one cause the older member knows more and the newest one will most likely have no enemies or grudges with anyone.

I've been here for a few years. I don't have grudges. I love and hate you all equally.
Moderators Needed!

Originally posted by MetropalOh you and your English bands I barely know. Rammstein is German by the way, and I understand why you don't know Gamble Street, the're pretty much unheard of. Not trying to sound hipster, but I used to talk to the drummer on twitter before they made it
Name your favorite band(s) :D

Dan
Level 27
1,984 Posts
Nah, most horror movies are bad nowadays, older ones were better
do like poop or bloody movies

Originally posted by maqashiayou think ps. is that your pic

Originally posted by maqashiawow go out with me 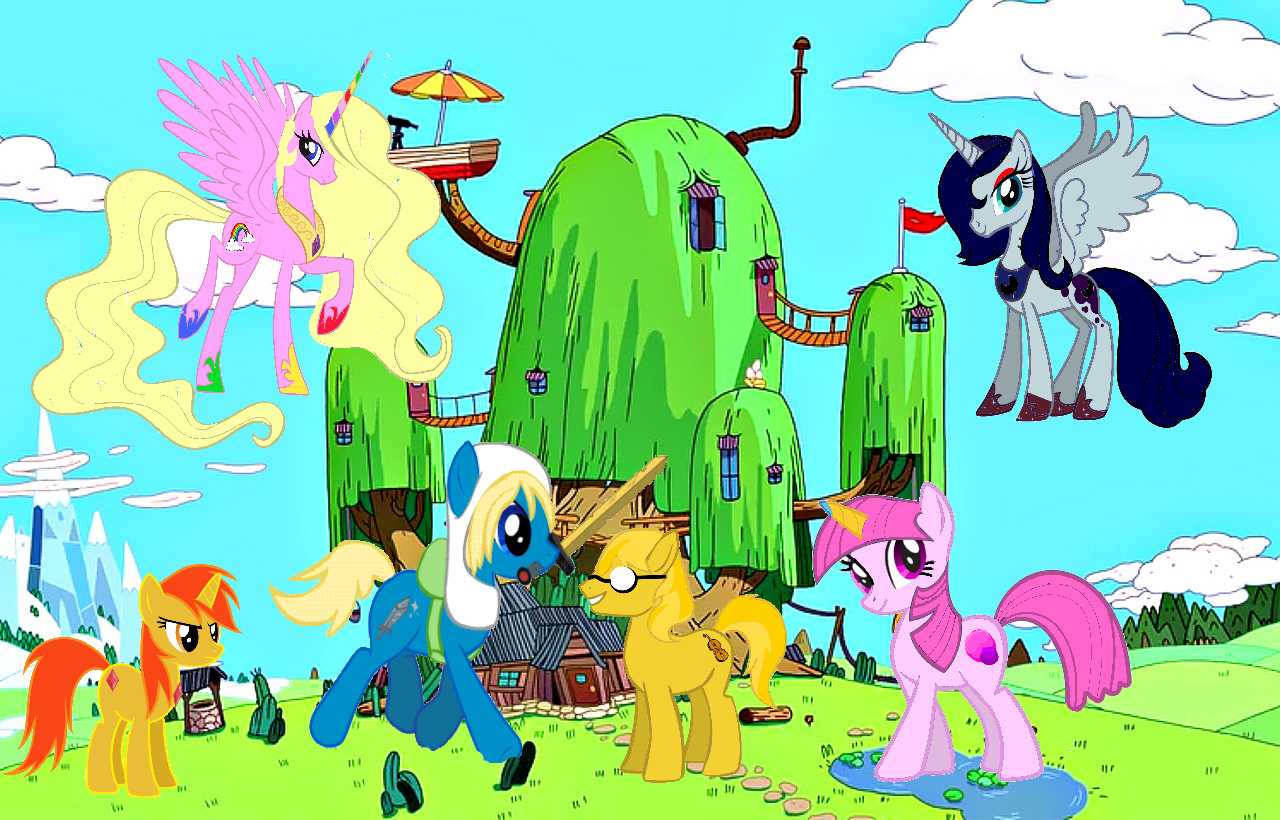 Dan
Level 27
1,984 Posts
Really? I never really liked Lucario, I preferred to play as Capt. Falcon, or maybe Ness
Who hates being sick?

Dan
Level 27
1,984 Posts
I've never really had a big illness since I was 3, which was measles, I've had little nicks along the way, mainly just colds, only standout thing since measles I've had is tonsillitis
Mw4 Ghost is Back!!!

Originally posted by MetropalRoger that. Royal Cat out.

Astrosloth to Royal Cat. Mission was a success, encountered a small Australian hostile, hostile was was taken down, managed to climb to other tree. Currently enjoying mission spoils. Over
the snake

Dan
Level 27
1,984 Posts
Considering it, nice tree across from here, nice vantage point, could cross a branch to get to it. Mission in progress. Over
the snake

Originally posted by MetropalRoyal Cat to Astrosloth. What is your condition?

Pretty slow, running low on leaves. Over
To be labeled "Super"

Originally posted by MetropalOh, on a side note, get this: My school is now famous because a few kids posted a sex tape of them doing it in our media center(aka. Library). It's been all over the news. Along with other things that have happened at our school like the deaths of two teacher, a suicide at the begining of the year, a physics teacher got in trouble for putting a question on a test about a car running over a baby, being a D school, and the most recent story of a girl freaking out at corporal and it ended up that he threw her against the wall and she hit her head. This is the third year the school has been open. We're keeping it classy at Fivay.

.....there a link to that video anywhere?
the snake

Originally posted by MetropalSauron is my throne.

Astrosloth reporting in
The world......

Dan
Level 27
1,984 Posts
The more attention you give them, the worse they become. Just be with people like yourself and you'll soon enough not even remember them
Black Veil Brides

Dan
Level 27
1,984 Posts
I love it like I love being shot in the face
mr perfect


Originally posted by rated r :l akatsuki:l you are not perfect your mr awful and your stupid and im the miz and im awesome