if you had a best friend here who would it be

Mostafox
ModLevel 20
1,978 Posts
I actually posted nothing. Wait, isnt that like dividing by zero? Uh ohh were all gon... *my house implodes violently* 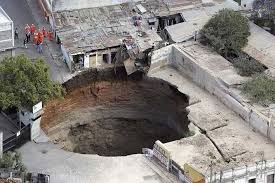 Grand Imperator Wynter
Level 40
9,087 Posts
If it imploded, why is there a hole? 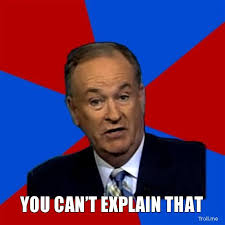 |FBG$| VeKo
ModLevel 33
2,229 Posts
If the house imploded, there would only be a lot with some missing dirt that was ripped from the ground due to the aforementioned implosion and the ravaged scraps of the house. The only way a large hole would be left in the ground is if the house AND a large, deep circle of land below it imploded together.
That, or the house was resting on an underground cavern, separated only by a relatively thin layer of rock and dirt that could not withstand the destructive forces of the implosion.

Originally posted by MostafoxWell, maybe, I was implying it WAS. (NOTE 1: don't make a mistake on Games butler.)

But your house would have collapsed long before then in that case.

Mostafox
ModLevel 20
1,978 Posts
But it still would have collapsed into the hole.

Grand Imperator Wynter
Level 40
9,087 Posts
True. But an implosion is the opposite of an explosion.

Mostafox
ModLevel 20
1,978 Posts
I'm talking about an implosion pulling my house down into the depths of that sink hole. You could say it was a gravitational collapse with the centre of the gravity being at the bottom of the sinkhole.

Mostafox
ModLevel 20
1,978 Posts
Hey, wait where am I? I can't remember anything!

Metropal
ModLevel 32
5,891 Posts
*sigh* It's re-list time, I suppose. It's been forever since someone actually posted on topic.

That's about it. Not in order of course.

*Chanting as we crucify you and burn you alive*

swaggin-since96
Level 33
2,888 Posts
ok Torrie, i suppose we arent "best friends" anymore then are we?

*Chanting as we crucify you and burn you alive*

Welcome to the Internet, Alex. http://tinyurl.com/2kc4

Originally posted by MetropalHi Taylor! How've ya been?

Hi Torrey :D
It's been forever.
I've been great. You?

Welcome to the Internet, Alex. http://tinyurl.com/2kc4

Uhh.... I don't want to live on this planet anymore.

Originally posted by MetropalHi Taylor! How've ya been?

Hi Torrey :D
It's been forever.
I've been great. You?

It called... LIFE ON THE INTERNET.

Originally posted by MostafoxI actually posted nothing. Wait, isnt that like dividing by zero? Uh ohh were all gon... *my house implodes violently*